The wildfire scourge and how Safegrid helps fight it 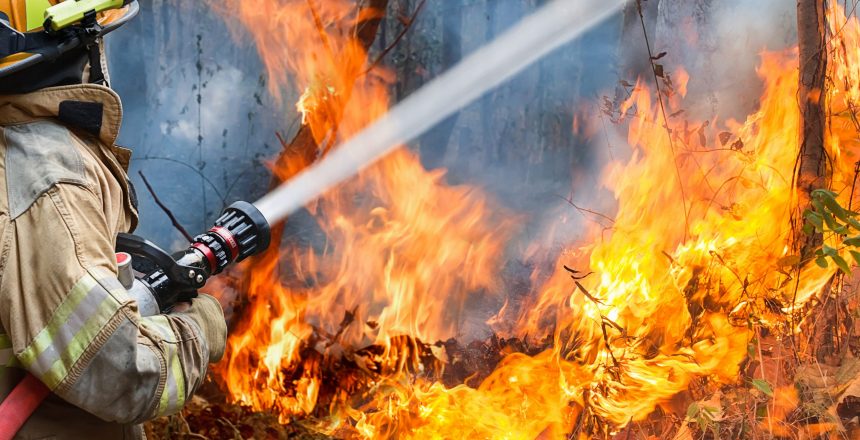 Wildfires have run rampant over the Western US over the past years, causing almost incalculable human, property, and environmental damage.

The numbers are frightening:

While we have seen record levels of destruction and damage caused by wildfires in recent years, there is no reason to believe that these years were outliers, as shown below:

In fact, wildfires are likely to become more common and more destructive in the years to come unless decisive action is taken.

The rise in temperature levels increases the risk of wildfires due to several environmental factors.

Scientific research shows that every 1 degree C in temperature increase leads to an average of 600% more burned area per year. This is due to increased drought and longer fire seasons fueled by climate change-related factors like warmer air and less rainfall.

We are constantly hitting new, undesired record levels. The Copernicus Atmosphere Monitoring Service of the EU found that burning forests released 1.3 gigatonnes of carbon dioxide in June 2021, mainly in North America and Siberia. This was the highest since the start of measurements in 2003.

To make matters worse, wildfires themselves contribute to climate change in an especially insidious way: they both release massive amounts of CO2 and reduce the CO2 absorption capacity of the forests as they are destroyed. This dual effect makes wildfires a true destructive double whammy.

Wildfires and the Electric Grid

While we all need and benefit from the electric grid, it is also a significant contributor to wildfires, especially in sparsely populated areas where the grid consists mainly of great lengths of vulnerable overhead lines.

The degree to which the grid contributes to wildfires varies by region. Still, the failure of power lines and other electrical equipment has regularly ranked among the top three singular sources of California wildfires for the last several years.

In 2015, the last year of reported data, electrical power problems caused fires responsible for more than 50% of the burned acreage.

How the grid causes, wildfires varies case-by-case. In some instances, high winds can blow nearby trees and their branches into power lines, sparking fires.

In other cases, wind can snap wooden distribution line poles, causing live wires to fall onto nearby dry grass, setting it on fire. And this is where Safegrid comes into play.

Weatherproof networks, i.e. undergrounding the entire grid, would solve the problem: this, however, is not feasible due to the vast size of the network and the sheer cost of the proposition. Many utilities suffer financially, and passing the total cost of undergrounding to consumers would lead to unacceptable price hikes.

While some grid sections can (and will) be undergrounded, other solutions are also needed.

Safegrid solutions give utilities and grid operators complete 24/7 visibility into the grid and help them prevent forest fires and minimize their effects in several ways:

If you are doubtful about the importance of early detection, picture the Camp Fire wildfire in California: it is estimated to have burned an area greater than one football field (roughly 1.32 acres) in a single second. In this case, every second counts.

While there is a cost involved in all this, the Safegrid solution is more affordable than traditional solutions, making fire prevention more feasible than ever before. This makes better preparation for and prevention of wildfires financially viable.

Lower insurance premiums and decreased cost of litigation can often more than offset the entire investment, making forest fire prevention with the Safegrid IGS solution a win-win proposition for utilities.

We are proud to work with our utility and network operator clients to prevent and minimize wildfires. We will keep working hard to improve our solutions further to do our part in the all-important fight against the climate crisis.